Get fresh music recommendations delivered to your inbox every Friday.
We've updated our Terms of Use. You can review the changes here.

Many a Good Long Year 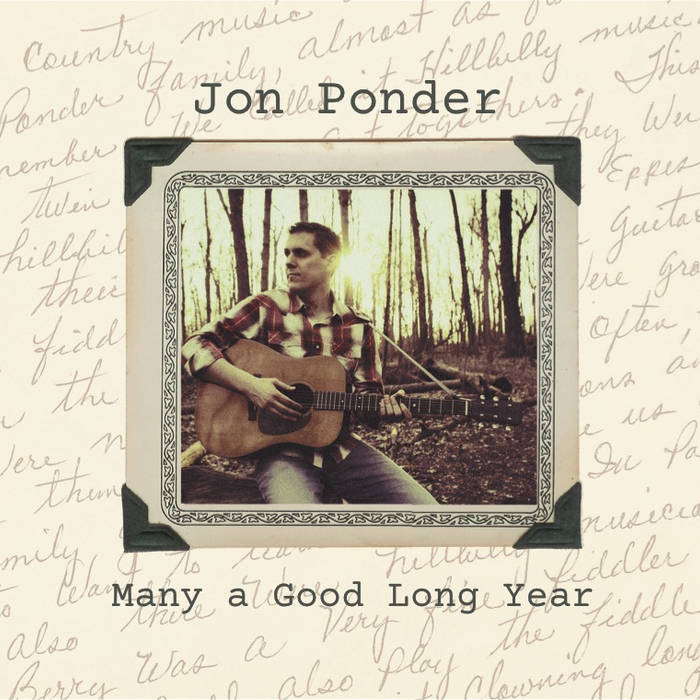 Many a Good Long Year, the first full-length album from Jon Ponder, was released in January 2016. The album showcases the poetry, melody, and storytelling that define Jon Ponder as a songwriter and musician. Initially writing heartbreak songs, Jon began to find a new songwriting voice by returning to his grandpa's stories and to his own memories of his grandma and grandpa. The new album intertwines these stories and memories of grandparents and family with his own stories of finding his way in the world.

All songs written by Jon Ponder
Except “Settin’ the Woods on Fire” by Fred Rose and Ed G. Nelson; "Tennessee Waltz" by Redd Stewart and Pee Wee King;
"Leather Britches" and "Soppin' the Gravy" Traditional

My Grandpa, B.W. Ponder, speaks, sings, and plays guitar and his brother Ocie plays fiddle on the "B.W. and Ocie" tracks.

Acoustic roots, great stories, songs that leave an impression. Jon Ponder is a Michigan-based singer and songwriter whose guitar playing and strong voice, accompanied by roots instrumentation and tight harmonies, will have you tapping your feet to the songs and humming the tunes days later. ... more

Bandcamp Daily  your guide to the world of Bandcamp

Frayle's Gwyn Strang and Sean Bilovecky join the show to talk about their cathartic new album.